The road that leads to my house is long and straight and dark. It is a narrow rural road with no streetlights and no stripes on the shoulder or even between the lanes – Just a two-lane patch of asphalt. Quite often, the drivers on this road will be going 40 or 50 mph even though the speed limit is 30.

The other night I got home late from work and it was already dark. As I approached my house there was a pickup truck coming the other way. Instinctively, I slowed down a little bit and moved closer to the right side of my lane to leave some extra room for the oncoming vehicle (inebriated, uninsured drivers are not uncommon in rural New Mexico).

As we got closer, I had slowed to about 30 mph and moved over until my right tires were almost in the dirt. Much to my surprise, the driver in the truck had done the same thing and there appeared to be about eight feet between us as we passed each other. We had reacted identically to the situation and the margin of safety between the vehicles was huge. This little event made a real impression on me and gave me a very clear impression about how people respond to risk.

Had it been a bright, sunny day, neither of us would have slowed down or moved over very much. There would only have been four feet or less between us as we passed. Being able to see clearly actually increased the level of risk (measured by the distance between us on the road) because we would both assume greater risk based on our ability to clearly judge the level of risk. We assumed that the additional risk was outweighed by our capacity to estimate the level of risk, so we allowed a lower threshold of safety (less distance between us). When it was dark and our ability to judge the risk was impaired, we were more cautious.

The same thought process in a worker might go something like this: “They over-engineer everything these days and they build huge margins of safety into all our operations.” This gives rise to the impulse to push the envelope a little, because we think the margin of safety is enormous.

How can we apply this to the world of occupation behavior and safety?

By making the worker aware of real risk, you increase safety because the worker will act according to the risk.

Analogy – Give a man a revolver and pay him to point it at his head and pull the trigger. If the man is absolutely, positively sure that the revolver is unloaded, he will happily pull the trigger all day long and collect the money. If you put just one round in the cylinder, he will be very, very unlikely to pull the trigger. Again, a high ability to judge the risk results in risky behavior.

By the way, I am not espousing that anyone put a worker into a dangerous position without proper safety measures. I am saying that when risks are identified and communicated, safety for the worker is increased because he will act more cautiously.

Need help with your EHS programs? We can shed some light on the issues. 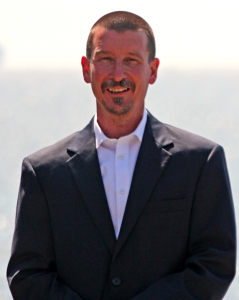 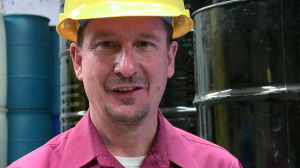